MELGES 32 -
HAMILTON ISLAND RACE WEEK
Steve Girtis "Funnel Web"leads the pack by 2 points to Gus Reid "Max Star"then Noel Liegh-Smith's "Desperado"
The racing in this One Design class was close with boats flying down wind next to each other at speeds of 20 knots,which made the bottom mark approaches very exciting with the huge spinnakers being bundled into the bow in record times.
Desperado followed... the fleet around in race one until the last run where they sailed the perfect run planing all the way to a win
Steve O'Rourke "Panther" pick up his boat last week and had his first sail of the boat on his way to the start line
Sailing with his old skiff crew from Cronnalla Sailing Club the boys had smiles from ear to when they hit the dock.
With sailing master Dave"Magoo"Mckay likeing the class to the his old skiffs days.

Anthony Pasmore another Sailing "Planit" had flashes of brilliants before planting the bow into a big wave and spinning out a few times, his son Dylan soaked up most of the water before the guys at the back got wet .... thanks Dylan!

With four races completed and a 25-30 knots predicted for the next couple of days it looks like the light jibs wont be needed.
Posted by Heath at 22:09 No comments: 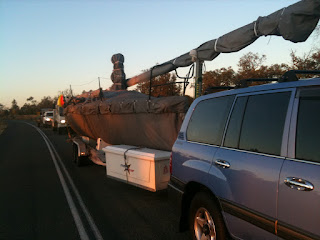 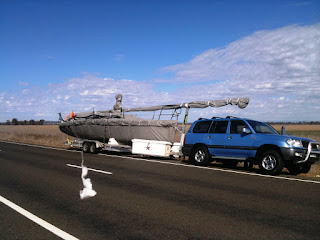 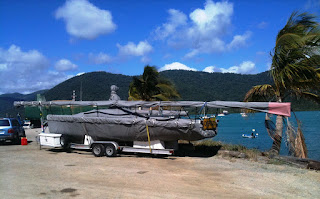 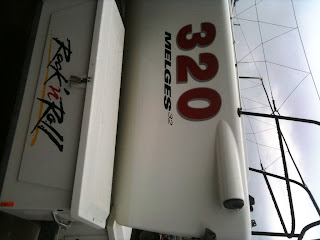